Pizza Hut is facing a social media backlash and a boycott campaign after its Israeli branch posted an advert mocking the mass Palestinian prisoner hunger strike.

Marwan Barghouti is leading a mass Palestinian prisoner hunger strike. The photo which was released by Israeli prison authorities a few days ago, shows Marwan Bargouti eating, reportedly from 2004 – according to The National Committee for the Freedom and Dignity Strike.

Pizza Hut turned the footage into an advertisement, photoshopped and added a Pizza box under Barghouti’s bed. 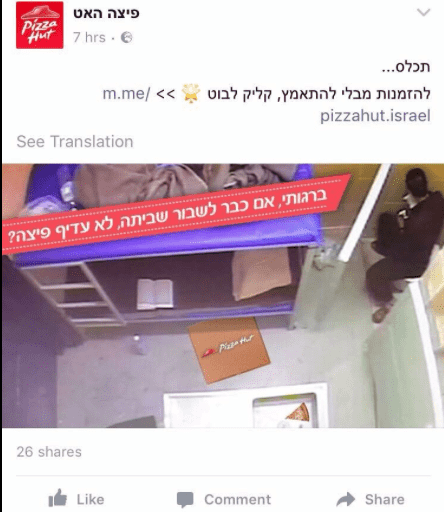 The advert provoked a backlash on social media.

I support the palestinian hunger strike and i #Boycott_pizzahut

The company apologized in both Arabic and English on social media. It has also terminated its contract with the advertising agency responsible for the Israeli branch.

In the apology post on its official Facebook page, Pizza Hut criticized the “offensive and disgusting” advert, saying “Pizza Hut International apologizes for any offense caused by a recent post on Pizza Hut Israel’s Facebook page. It was completely inappropriate and does not reflect the values of our brand. The local franchisee in the country removed it immediately and the relationship with the agency that posted it was terminated, and we truly regret any hurt this may have caused.” 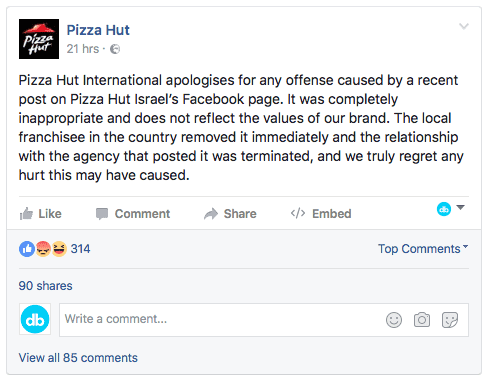 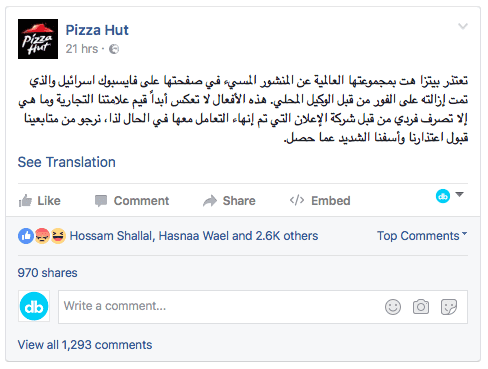 People on social media extended their frustration with Pizza Hut and said that it’s not enough to apologize, action is required, shutdown in Israel and we will stop the boycott campaign.

Will Pizza Hut make this bold move and comply with social media’s request to shut down its investment in Israel?